JavaScript: A Digital Clock with Johnny-Five

The Johnny-Five Tutorial Series is geared towards Arduino programming on Node.js, using the Johnny-Five framework. Get caught up here.

When I first started writing (copy and pasting) JavaScript in 1999, I focused solely on IE 5 (available on PC, Mac and UNIX; but I had no idea what it was truly capable of) and concerned myself with only a precious few novelties that could be included in a web page to quickly “enhance” the user’s experience. These enhancements included awful things like custom scroll areas, image roll-overs and dynamic clocks. It’s the last one that I want to revisit in this article, a decade and a half later, with a new perspective!

Before we get to the good stuff, let’s look at the bad stuff. A Google search for the term “javascript clock” reveals a pile of really crummy code snippets from some of the most suspect parts of the web. The following example is presented verbatim:

I’d like to make it unequivocally clear that this code is terrible and should never be used for anything more than illustrating the “wrong way”. However, despite being gruesome, this example is pretty straight forward: when the page loads (onload, HTML 4.01, 1999), call a function that writes a string representation of the current time (in hours, minutes and seconds) to the innerHTML (IE4, 1997) property of some DOM element.

The decade-and-a-half-later perspective that I’m applying will take this example out of the browser and into the physical world. Here’s a list of parts to acquire before we get started: 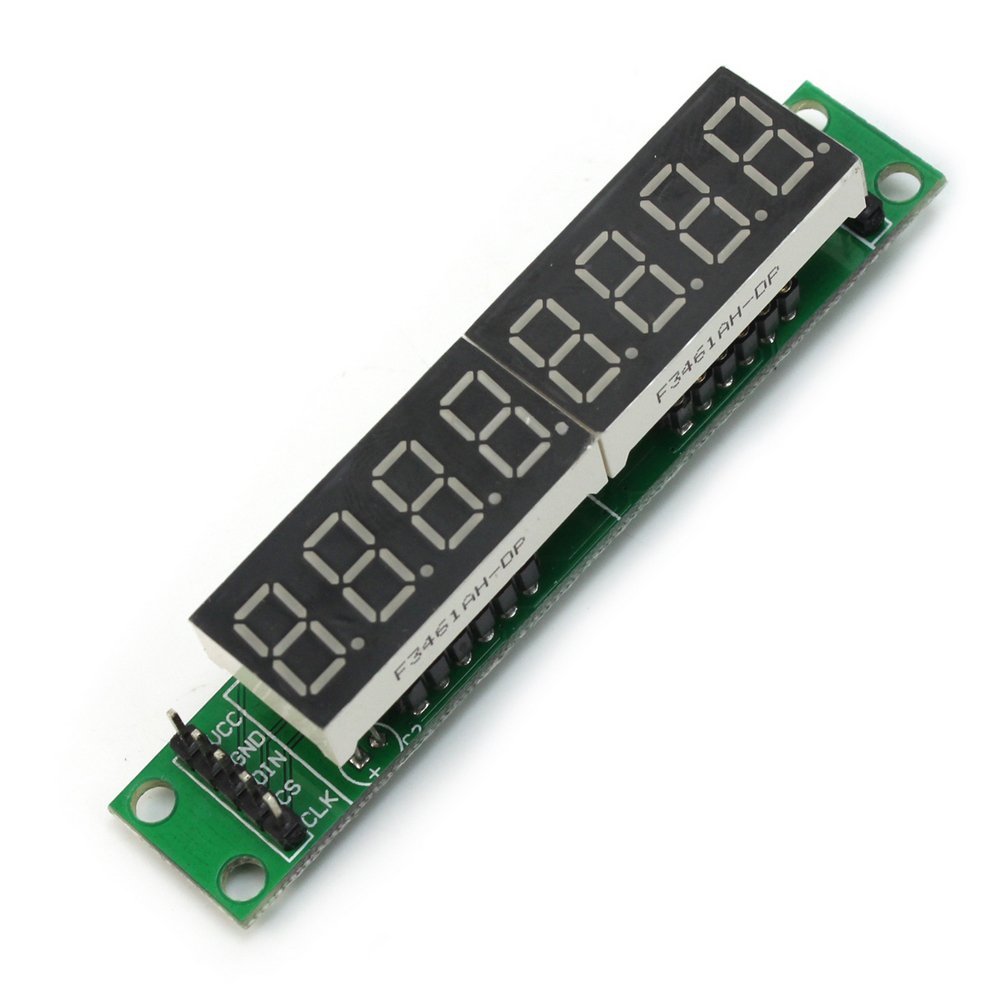 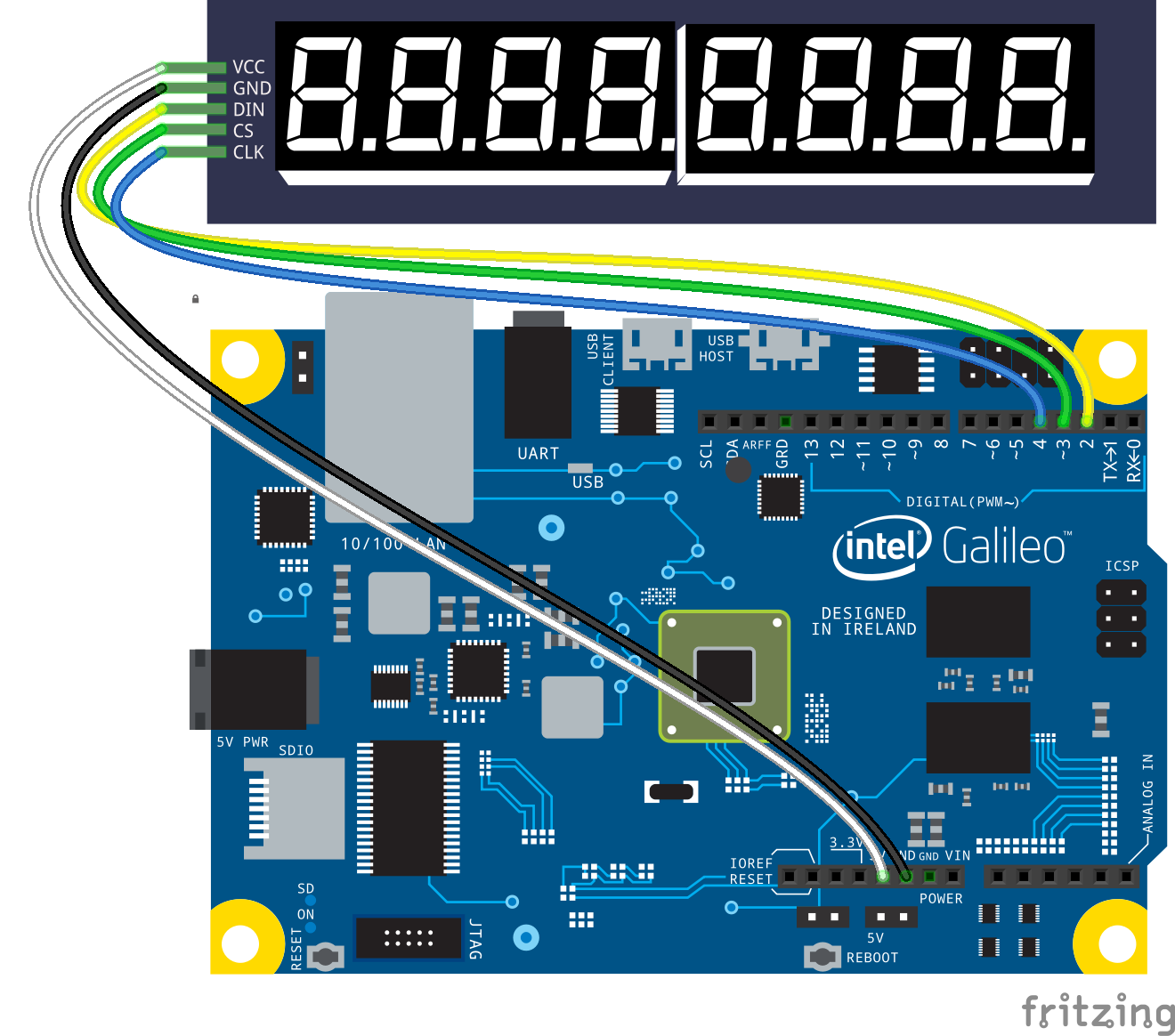 It may be tempting to just port the previous code to our new program, as it would only require stripping the HTML, changing the digit separator and updating the target of the output.

Taking this approach would be very common in 1999, but in 2014 we have nicer tools available to us; specifically, we’ll use moment.js to produce a nice time string which is modified ever-so-slightly with a Regular Expression (pdf link) replacement operation to match our desired format.

Save the following code as javascript-clock-irl-ftw.js:

Run node javascript-clock-irl-ftw.js from your machine if using an Arduino, or on the device if using a Galileo.

Based on the program above, modify the code to cycle through a list of sensors connected to the board, displaying their current reading value.