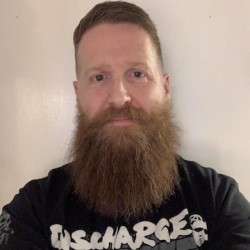 Rick is an engineering leader at Bocoup who mentors and supports the development of the engineering team, and consults as an individual contributor on projects.

Rick serves as Bocoup’s representative to Ecma's TC39 (the Technical Committee overseeing the development of the JavaScript programming language) where he has participated since 2012. Since joining he has lead development of the JavaScript standards conformance test suite Test262 to improve runtime interoperability, created the TC39 Notes project to improve accessibility of the work, and has contributed new features to the JavaScript programming language (22, 23, 24, 25). In 2016 Rick received the prestigious "Ecma Award of Appreciation" for standardization expertise as the editor of ECMA-402: ECMAScript 2015 Internationalization API Specification.

Rick is the creator of Johnny-Five, the JavaScript framework for hardware programming on the Node.js platform, and contributor to the Tessel 2 open hardware project. This work has lead to the establishment of standards for hardware sensor APIs at the W3C, where he is an invited expert and specification editor. With a growing body of platform support, Johnny-Five is working towards becoming the de facto standard for hardware programming with JavaScript. Rick also leads Bocoup’s partnership with SparkFun through which he created the Johnny-Five Inventor Kit, featuring the Tessel 2. Johnny-Five has become a core component in the development of STEM education programs and products, including Makeblock & Robotnik. There have been several books published that center on programming hardware with Johnny-Five, including Make: JavaScript Robotics, Learning JavaScript Robotics and JavaScript on Things: Hardware for Web Developers.

As a web developer, Rick was a jQuery Core team member from 2009 - 2015 and former board member of the jQuery Foundation (now the JS Foundation). Rick lead the development of the HTML5 video programming framework Popcorn.js in 2010, and the mobile web test suite Ringmark in 2012. In 2013, Rick worked on Mozilla's FirefoxOS, participating in the development of the Messages and Clock apps. Rick also maintains a popular set of principles for writing consistent JavaScript called idiomatic.js, which has been translated into 14 languages.

Rick's personal work is open sourced under the MIT license and freely available at Github.

The Many Faces of Functions in JavaScript

Pushing NodeBots Into The Future with Tessel 2