At this year’s RobotsConf, the theme of the event was “Everyone Builds a Robot”. Creator and curator Chris Williams facilitated this by including a SumoBot Kit (designed and produced by Paweł Szymczykowski) and an ARDX Starter Kit for Arduino in the “swag bag” that every attendee received at registration. The bag also included an Arduino Uno and an Electric Imp; a Spark Core was shipped to attendees prior to the conference. (The conference also had Intel Edison, BeagleBone Black and Raspberry Pi boards on hand, but this article will focus on the boards that everyone received.)

In this article, I’m going to walk through preparing, assembling, programming and customizing the same SumoBot that all attendees received. I will also show how to control the bot with all three of the boards mentioned above.

Selecting the controller board that’s right for the project is one of the most important aspects of any robotics or IoT project. Common things to consider include:

For the SumoBot’s most basic form, I’m only interested in the pin capabilities. The bot is driven and navigated via a differential drive system comprised of 2 continuous servos, which means that we need at least 2 PWM capable pins.

The customizations I’ll add will require the following hardware from ARDX kit:

The following table illustrates the pin capabilities of each board that I have available. It’s clear that they are all adequately qualified for the project.

The SumoBot Kit comes with an insert that features a complete inventory list for the items in the kit itself, however there a few add-on items that I’ll use which are sourced from the ARDX Kit. Additionally, each item is accompanied by an explanation. 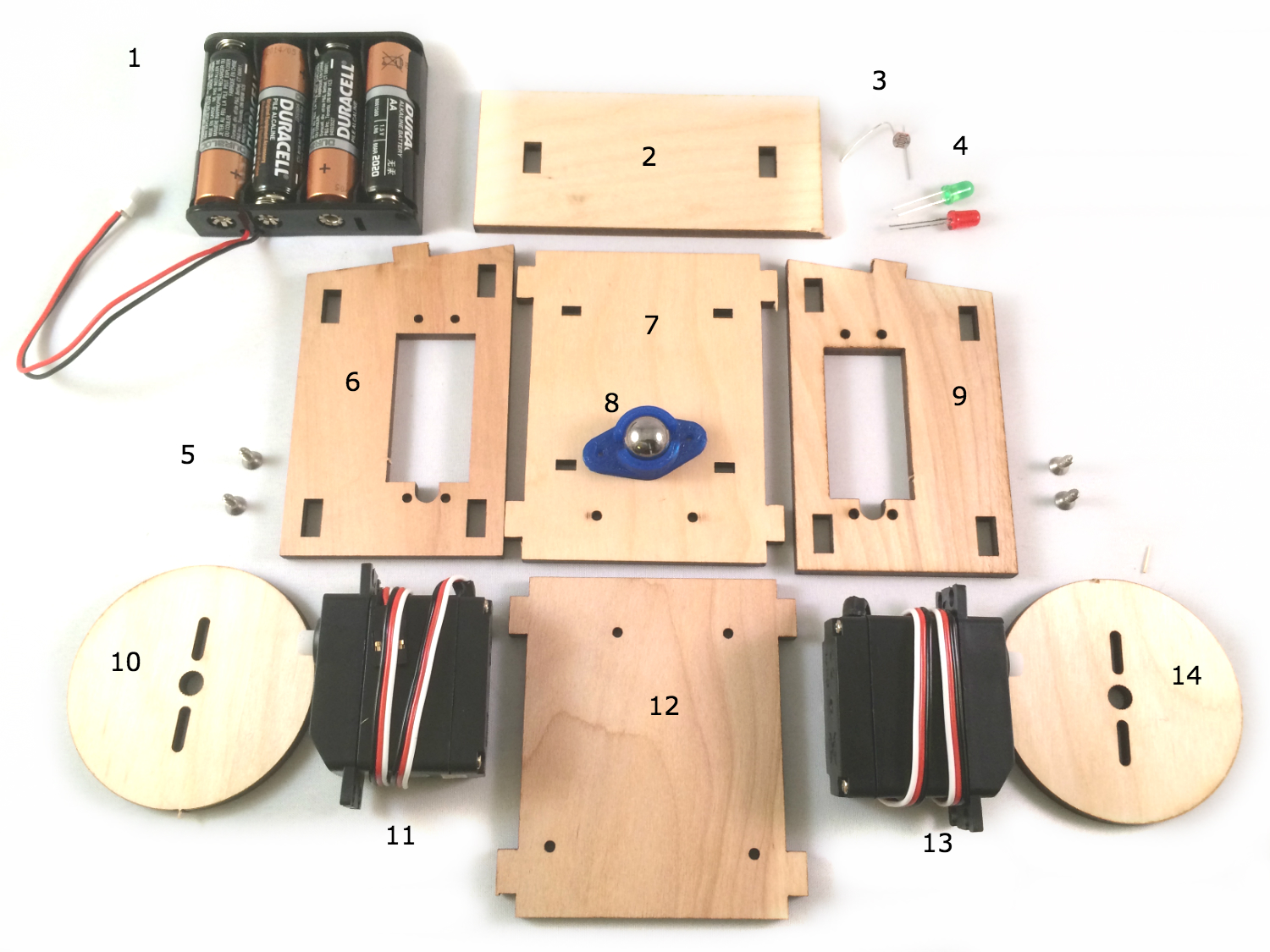 Before proceeding to the assembly step, there are three major preparatory tasks that must be completed. Consider the project blocked until these tasks are complete.

2. Setup and connection of controller board.

Missing or skipping this step is a direct path to failure.

When a continuous servo’s idle pulse is not calibrated to the available PWM range of the controller board, its behavior will be erratic and uncontrollable. Calibration is simple: send the known idle pulse to the servo and adjust the built-in potentiometer until the servo horn comes to a complete stop. If the servo is not moving when the idle pulse is written to the servo, then it’s safe to assume that the servo is already calibrated. To confirm, adjust the built-in potentiometer in clock-wise and counter clock-wise directions; the horn should respond by turning in the corresponding direction.

To calibrate the servos that came with the SumoBot kit, create a new file called calibrate.js containing the appropriate program for the controller board you’re setting up, from the programs shown below. Each program is semantically the same, differing only in details pertaining to which board is being controlled. The purpose of the program is to connect to the board, initialize a continuous servo instance with the Servo.Continuous class and immediately call the instance’s stop method (which will send the idle pulse to the servo) 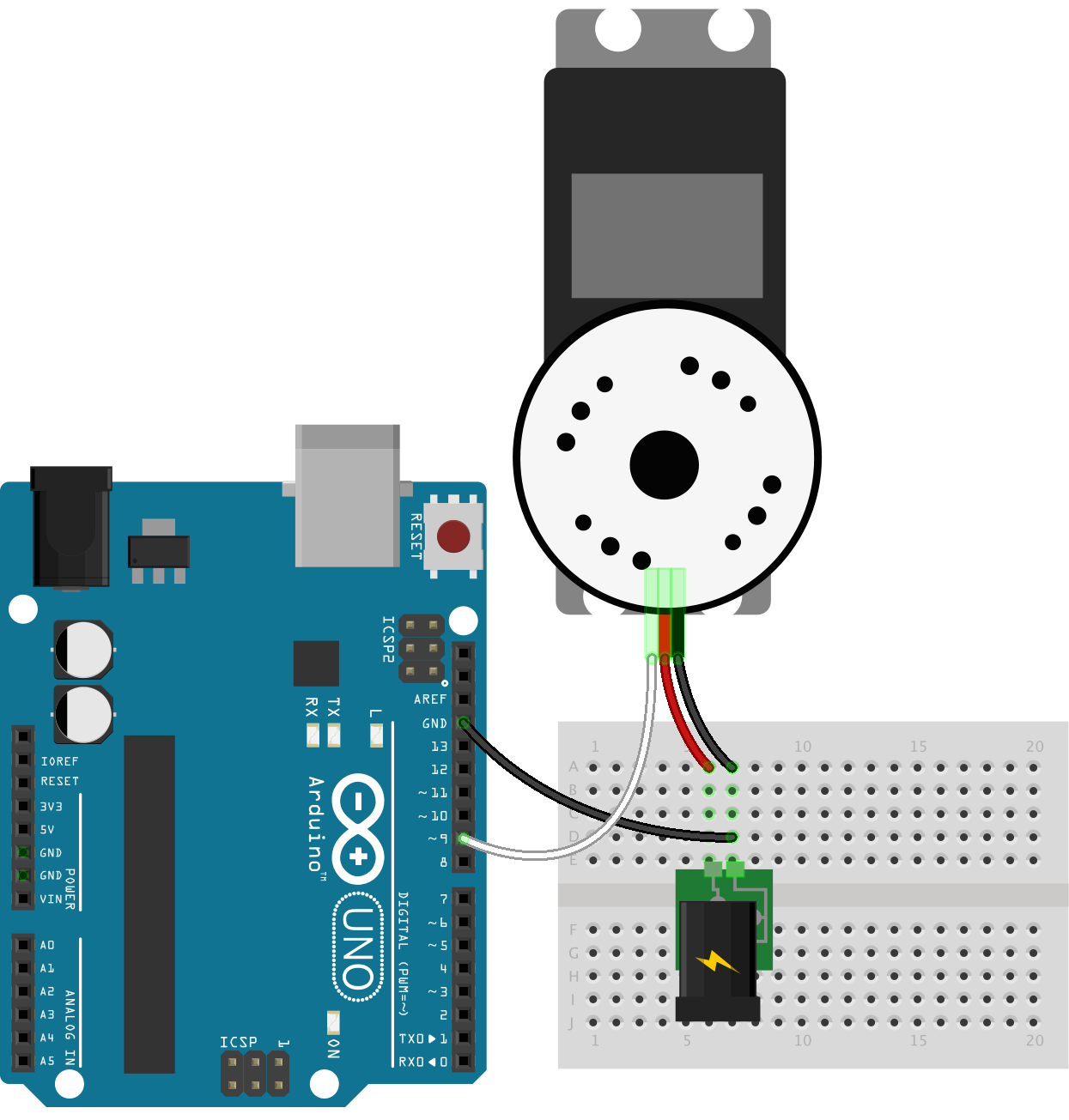 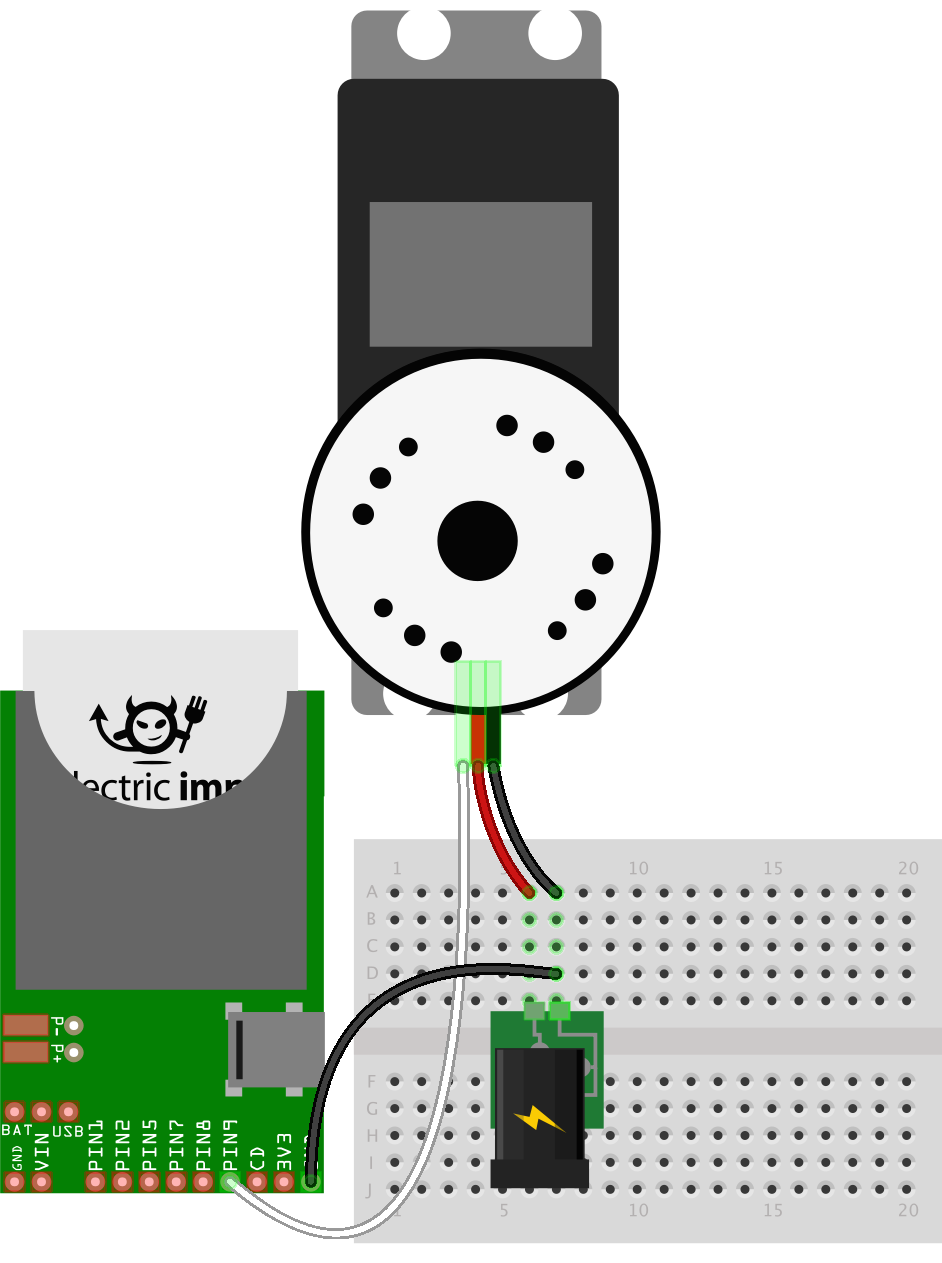 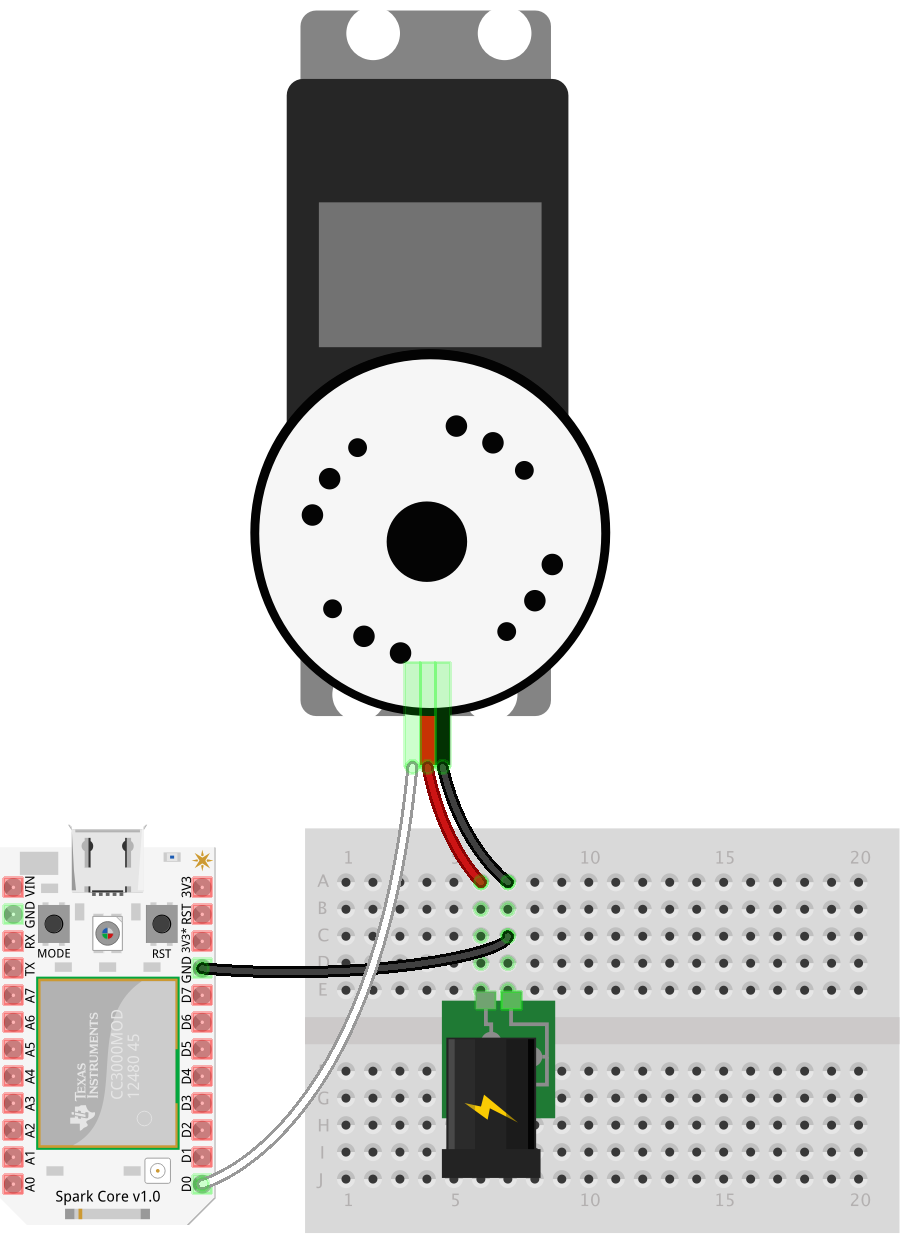 Run the program with the following:

While running, adjust the servo’s potentiometer until it comes to a complete stop. This video shows the operation in action:

The SumoBot Kit includes an insert that provides a numbered and illustrated assembly guide; while the guide is adequate, this build is different enough to warrant its own set of instructions.

Over the next three articles, I will show how to use the Electric Imp, Arduino Uno and Spark Core boards as controllers for the now assembled bot.