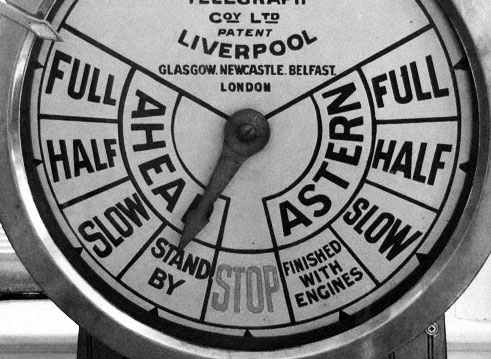 This is a command. A mantra. A tenet of project management.

Every decision you make will have long-term and short-term effects on the project’s flow. You might hear folks referencing the direction, the heading, or the path of a project. They might spend time aligning the project, course-correcting, or adjusting the heading.

All of this is project-speak that refers to the flow of your project. The balance between productivity, and progress.

I think the simplest way to describe a balanced project is this: making progress toward the end-goal while maintaining productivity.

It means that every decision you make (as the project lead) balances progress with purpose.

Thinking long term means being mindful of the state of your project over several months time. The challenge of thinking long term is ignoring details. Delicious, tasty details that we all want to cling to, and draw pictures of, and build prototypes, and holy mother mary of web development they’re exciting. The details motivate us. The quick wins.

Thinking long term means distilling the fundamental components of your project from the cloud of details, and describing them in not-too-specific terms. You effectively control the flow of work. You’re ordering the details, and maintain that order over a long period of time.

It’s not to say that code never gets written. It’s just wasteful for us to write code without purpose. 110 unit tests written in an afternoon won’t mean jack shit unless they have a purpose.

Thankfully, you’re a long-term thinker, eh? You’ve broken down the project into its principle parts, and you’ve got a few high-level diagrams to show how they interconnect. You’re good to go!

Focusing on the short-term means getting nitty gritty in small chunks. In simple terms, you’ll take the concepts w/the highest priority, and in a calm, controlled manner, start to extract details. Details that won’t be ignored, but instead will populate several days of development work.

If you think this is simple, then you’re a god among men. If you have experience with it, then you’ll know that no two executions are ever the same, but this concept persists.