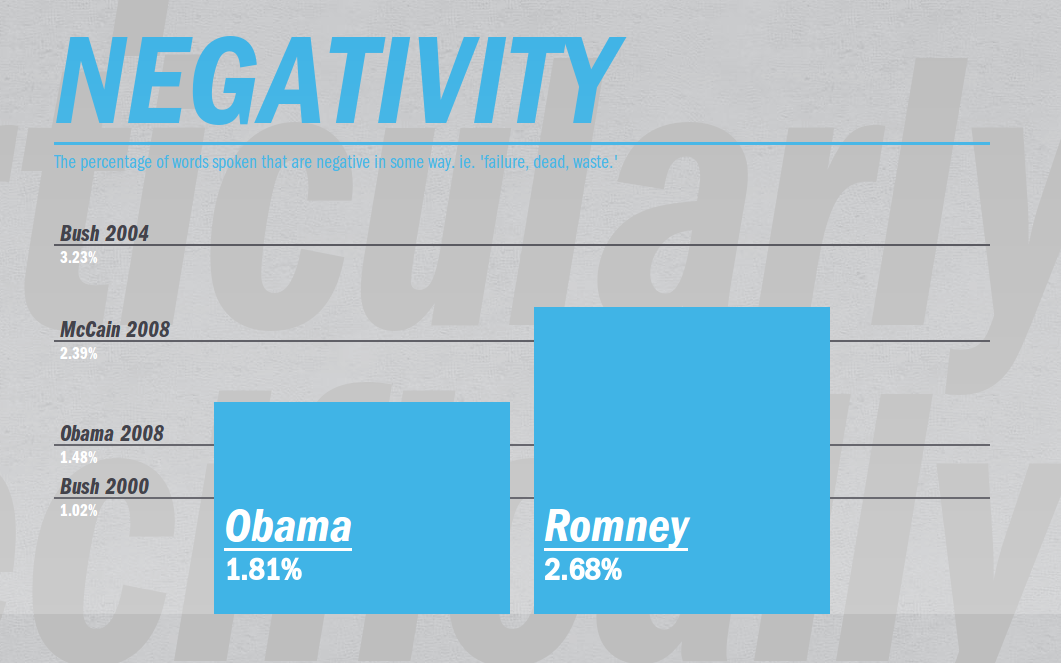 If you’re planning to catch the U.S. presidential debates tonight, you should have a second screen open and a browser pointed to ReConstitution 2012, a web application that we collaborated on with Sosolimited for The Creators Project.

ReConstitution 2012 is a live deconstruction of the presidential debates. It scrapes the closed caption data from the live broadcast and does a realtime sentiment analysis, sending both the debate transcript and the analysis to clients for rendering. While you’re going to want to watch it live during the debates tonight, if you’d like a preview you can look at a prerecorded version of the first presidential debate at the site too. (We also recommend that you use Google Chrome to view the site where possible.)

Bocoup and Sosolimited built ReConstitution 2012 with Open Web technology, including Grunt, Backbone.js, Backbone Boilerplate, Node.js, MongoDB, RequireJS, PhantomJS, and Engine.IO. We’re incredibly honored that we had the opportunity both to move the Open Web forward and to engage voters with the U.S. election process.